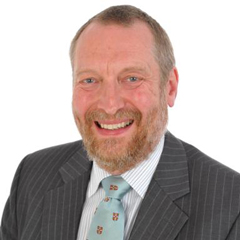 Kevin has over 35 years’ experience of providing financial advice for project financings across the infrastructure and energy sectors, as well as working in a lending capacity and with project developers, always with a strong focus on financial modelling and analytical aspects.

Kevin began his career in the project advisory arm of merchant bank Kleinwort Benson, where he was head of the project evaluation team, and most notably developed the financial model for the privatisation of the electricity supply industry in England & Wales, in close conjunction with the economists at the former Department of Energy.

In terms of project developers, he has experience of working in project development roles at both British Gas and Halliburton KBR, always with a strong emphasis on the financial modelling and analytical aspects.  Most recently, he worked at Amey Ventures supporting the final tender process for the Sheffield Highway Maintenance PFI project, which was subsequently successful.

Since joining Portland in 2012, he has provided financial modelling and analytical support for a wide range of transactions, both for export credit agencies, and across the infrastructure, energy and renewables sectors.  In this respect, he has developed a simple, and yet comprehensive, financial model template, which has proved to be a valuable tool in a number of deals.

Kevin holds an M.A. in Mathematics from the University of Cambridge.